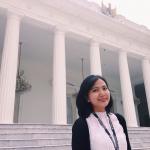 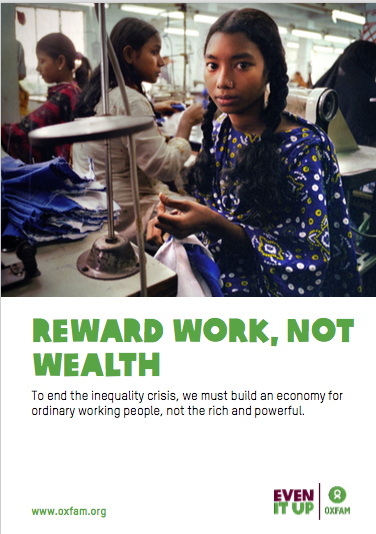 Last year saw the biggest increase in the number of billionaires in history, with one more billionaire every two days. There are now 2,043 dollar billionaires worldwide. Nine out of 10 are men. Billionaires also saw a huge increase in their wealth. This increase was enough to end extreme poverty seven times over. 82% of all of the growth in global wealth in the last year went to the top 1%, whereas the bottom 50% saw no increase at all.

Living wages and decent work for the world’s workers are fundamental to ending today’s inequality crisis. All over the world, our economy of the 1% is built on the backs of low paid workers, often women, who are paid poverty wages and denied basic rights. It is being built on the backs of workers like Fatima in Bangladesh, who works sewing clothes for export. She is
regularly abused if she fails to meet targets and gets sick because she is unable to go to the toilet.

This paper looks at growing extreme wealth, and those who work but live in poverty. It explores why this is happening, and gives recommendations on how it can be fixed.